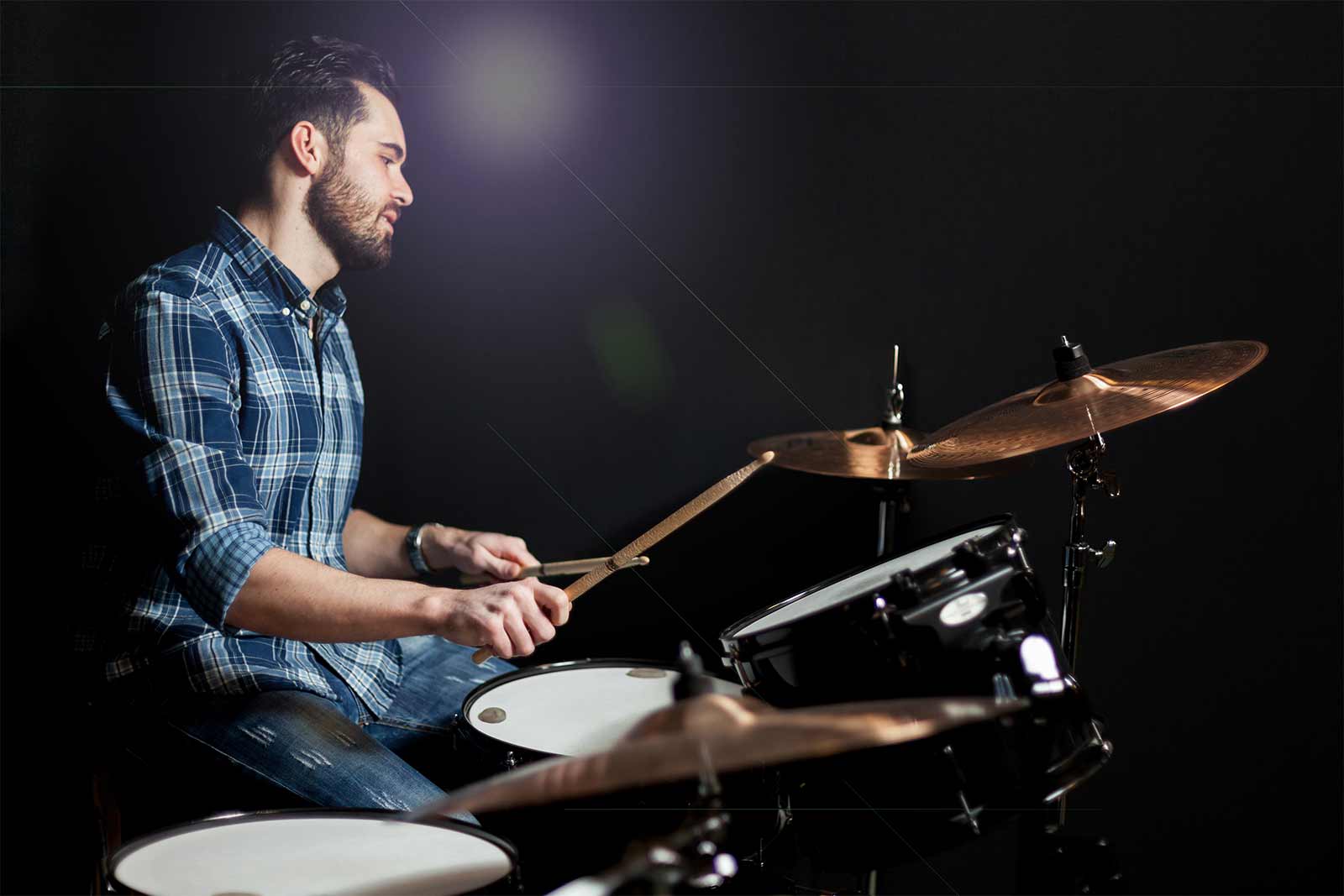 If you are a student of music production and programming, you will quickly realise that it is futile to try and learn to create all styles of music because you will never enjoy the process. For example the songs that someone creates may veer towards a groovy and a very organic non-click-based classic rock and r’n’b sound and feel while another person may be more comfortable with Electronic Music. But whatever music you create we would advise you to listen to Classic Rock of the 60’s & 70’s and Soul Music. We are talking about the Motown Records, Curtis Mayfield, Earth Wind & Fire, Sam Cooke, The Drifters etc. Listen to these bands and listen to the dynamics in the music, the swing, the groove, the ample use of percussion, the imaginative use of background vocal harmonies and of course the melodies – simple, pure and unadorned.

Look around the music that is being mass produced in India. We are talking about popular music – so that excludes the odd indie rock band. Surprisingly none of the film-based or non-film-based music that you hear on the radio stations have a groove! Most of the music programmers in India are creating loop based music that doesn’t swing and sounds rigid and forced with a singular lack of a human feel. RD Burman was the only music director in Indian Popular Music whose songs could really swing! Which is why his music still endures. It seems to me that everybody loves music with a groove because the human heart has a groove – a rhythm that is not click based! So why don’t the music programmers and music composers make some nice groovy music that will outlast the flop film that it was picturised in?! I would like to believe that everyone wants their efforts to last beyond their lives. When I create a song, my belief is that people must listen to the song even after I am long gone so that my efforts at creating something unique will continue to touch the lives of others in the future. But most of the efforts of the current crop of music producers and programmers are in vain because this techno-electronic mish mash of sounds will never last beyond the first cycle and their efforts will be long forgotten!

Well the answer is: Creating a Groove aint that easy!

So what’s a groove. Let us Define it.

What is a Groove

When we talk about a great groove in music we’re talking about the way in which the beat divisions within a song creates a strong momentum. Groove is that quality that moves the song forward, the musical equivalent to a book that you can’t put down or a movie that pulls you in and makes you forget the real world. When a song has a good groove, it invites us into a sonic world that we don’t want to leave. Although we are aware of the pulse of the song, external time seems to stand still, and we don’t want the song to ever end.

Groove has to do with a particular performer or particular performance, not with what is written on paper. Groove can be a subtle aspect of performance that comes and goes from one day to another, even with the same group of musicians. And, of course, listeners disagree about whether something has a good groove or not, but to establish some common ground for the topic here, most people feel that “Shout” by the Isley Brothers and “Super Freak” by Rick James have a great groove, as does “Sledgehammer” by Peter Gabriel. “I’m On Fire” by Bruce Springsteen, “Superstition” by Stevie Wonder, and “Ohio” by the Pretenders all have great grooves, and are very different from one another. But there is no formula for how to create a great one, as every R & B musician who has tried to copy the groove of classic tunes like those by the Temptations and Ray Charles will tell you. The fact that we can point to relatively few songs that have it is evidence that copying it is not so easy.

Superstition Has a Great Groove

One element that gives “Superstition” its great groove is Stevie Wonder’s drumming. In the opening few seconds of “Superstition,” when Stevie’s high-hat cymbal is playing alone, you can hear part of the secret to the song’s groove. Drummers consider the high-hat to be their timekeeper. Even if listeners can’t hear it in a loud passage, the drummer uses it as a point of reference for himself. The beat Stevie plays on the high-hat is never exactly the same way twice; he throws in little extra taps, hits, and rests. Moreover, every note that he plays on the cymbal has a slightly different volume—nuances in his performance that add to the sense of tension. The snare drum starts with bum-(rest)-bum-bum-pa and we’re into the high-hat pattern:

If you are music programmer who is always locked in to a metronome click – loosen up! After you create a drum track, do not forget to humanize it so that the velocity of the high hats, cymbals differ. If you want to be more inventive, use your ear and play around with the notes in the piano roll view. Being mechanical in your programming process is a sure-fire way to kill a groove!

The genius of Stevie Wonder’s playing is that he keeps us on our mental toes by changing aspects of the pattern every time he plays it, holding just enough of it the same to keep us grounded and oriented. Here, he plays the same rhythm at the beginning of each line, but changes the rhythm in the second part of the line, in a “call-and-response” pattern. He also uses his skill as a drummer to alter the timbre of his high-hat in one key place: for the second note of the second line, in which he has kept the rhythm the same, he hits the cymbal differently to make it “speak” in a separate voice; if his cymbal were a voice, it’s as if he changed the vowel sound that was speaking.

Slight timing fluctuations are partners in groove and can add excitement to a song. Speeding up the chorus a couple of beats is natural, as is laying the verse back a little. Nothing wrong with any of that in my rock book!

There is a reason why groovy music appeals to most of us. It feels human. The human heart though rhythmic in its beats does not beat strictly to a click. It goes off rhythm every once in a while and again settles back. Similarly real conversations between people, real pleas of forgiveness, expressions of anger, courtship, storytelling, planning, and parenting don’t occur at the precise clips of a machine. To the extent that music is reflecting the dynamics of our emotional lives, and our interpersonal interactions, it needs to swell and contract, to speed up and slow down, to pause and reflect. Music is organized sound, but the organization has to involve some element of the unexpected or it is emotionally flat and robotic. Too much organization may technically still be music, but it would be music that no one wants to listen to.

Musicians also generally agree that groove works best when it is not strictly metronomic — that is, when it is not perfectly machine-like. The gold standard of creating a groove is usually by creating a drum track where the tempo changes slightly according to aesthetic and emotional nuances of the music we say then that the rhythm track, that the drums, “breathe.” Steely Dan spent months trying to edit, reedit, shift, push, and pull the drum-machine parts on their album Two Against Nature in order to get them to sound as if a human had played them, to balance groove with breathing. Remember changing local, as opposed to global, tempos like this doesn’t change meter, the basic structure of the pulse; it only changes the precise moment that beats will occur, not whether they group in twos, threes, or fours, and not the global pace of the song. Also making your song groovy and by not sticking to a metronome is no excuse for sloppy rhythm programming. Always follow the golden rule: If it doesn’t sound right to the ear, there is a problem somewhere. So open up your individual tracks in your DAW and fix it and then sit back and watch your song become an evergreen classic!  So who’s your favourite artist who Grooves?! Please write your comments below.