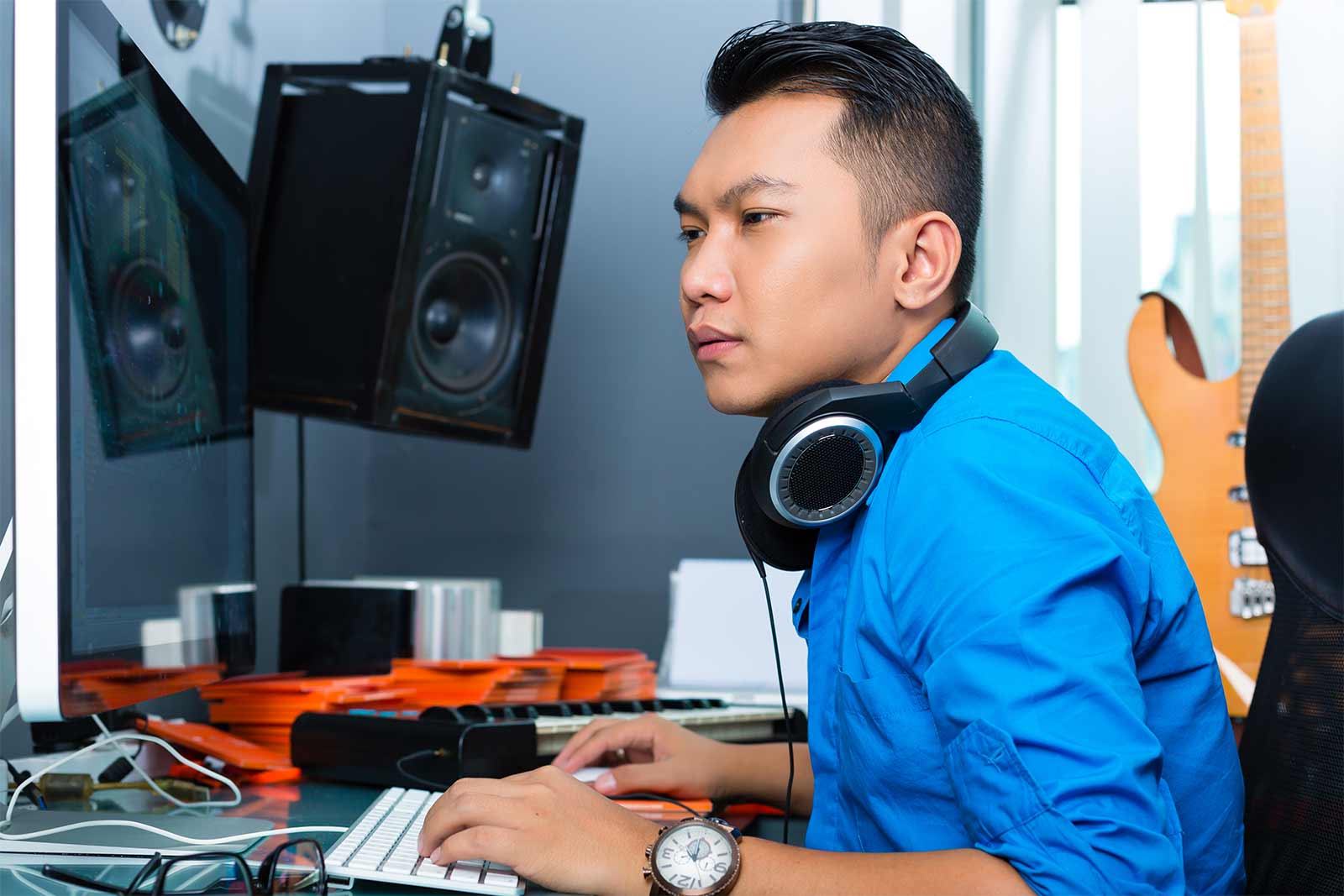 Singers beware – your species in India at least is going to be out of work very soon! Why, you ask? Because all the music directors and music composers in India are singing their own songs these days. And why not? It makes a lot of sense. A music composer singing his own song is probably the best person in the world to sing that song bar none. The original feel, emotions, aggression, subtleties etc. with which the given song was composed will remain intact and the same qualities can rarely be transposed to a third party singer. In Bollywood’s music factories, this is a trend that has caught on and is one that is here to stay for an indefinite amount of time. Film producers would earlier balk at the music composer singing his own compositions. In the past, rare was the music director who sang his own songs and even then it was just the odd chorus or bridge with professional singers ruling the roost for 99 % of all music.

The Times Are a’Changing

Trying to make it as a singer in India’s Film Music Business was always an uphill task but it has become tougher now. If you are a singer trying to make it in today’s music industry, the chances of you becoming a playback singer in today’s Bollywood films is next to zero. Film producers now instead of recoiling in horror now on the other hand actually encourage today’s music director to sing their own songs. And music directors couldn’t be happier! Why not. You get to become double famous with double the fame and money! Not only that. In the chance that the music director is not singing his own song, he is hiring another rival music director to sing the songs that he is not singing in!

My whole point here is not to highlight the poor plight of future singers in India. I am far from being an activist! My point here is to stress upon the fact that a changing world demands a whole new attitude and a shift in one’s mindset – one that is proactive, smart and adapts to the changes brought upon by new trends and technologies. So if you are an aspiring singer reading this and blaming everyone but yourself, wake up and smell the motherboard! Embrace technology and become a music director yourself! If you are a good singer with a unique and confident voice, I can bet my last rupee that you also possess some amount of music compositional abilities. In fact you may have already composed a great many tunes in the past and there may be more to come. Why not start learning music production instead? I don’t need to tell you about the marvels of modern technology that has enabled one man sitting on a humble computer to arrange music comparable in quality to the very best music produced today globally. Invest some time to learn a new skill and you will reap benefits that you would have never even imagined otherwise.

The Benefits of Singers Learning To Produce Music

1.Your Singing Voice Will Remain Active

Your compositions will not have to gather dust in the cobwebs of time. Even more so, you wont have to wait for someone to invite you to record a song. You can start recording songs from day 1. We all know that the vocal chords are muscles and like any other muscle in your body, they get weaker if they are not used and stretched enough. Creating a home studio will help your voice to remain exercised and will give you a lot of confidence when recording different kinds of music projects. Not confident singing hard rock or ghazals? Well, in your home studio, you’ve got all the time in the world to record and re-record a thousand times and keep hearing your efforts until you can sing like Rob Zombie or Mehdi Hassan (well almost!). We all know that singing live and recording music is a different ball game. Continuously recording your voice and hearing it over the speakers and in your headphones will give you an idea of the pluses and minuses of your voice and you can keep practicing and improving your voice’s quality. This will help you immensely over time as your confidence increases and your vocal capabilities become more and more refined and unique.

2. You will remain connected to the world of music.

I personally knew a talented aspiring singer Rajat Mukherjee from Calcutta who came to Mumbai looking for that proverbial ‘break’ as a playback singer. Like many other ‘strugglers’ of his ilk, he was enthusiastic and full of energy in the initial years and did the rounds of Mumbai’s film industry meeting dozens of producers, music directors, film directors etc. hoping to impress them enough to be ‘picked up’ one day – post which his life would suddenly change for the better. But like always, there are too many variables in this world that need to align for one to reach one’s lofty goals and the time taken for the same if at all possible can be inordinately long. So in order to make ends meet, he became a steward in the ‘Aromas of China‘ restaurant in Andheri West where I often bumped into him. But a change soon gradually came over his demeanour. He had gradually become bitter and angry with the world and the same reflected in his language. He really felt he deserved that break which many had promised but failed to deliver. One fine day, he quit his job and went back to Calcutta and that was the last I heard or saw of him.

The lesson here: Reaching your goals will take time.

But instead of waiting forever to get ‘picked’ by someone higher up the corridors of power, you can strive to consciously remain involved in the world of music by learning music production and producing your own or other’s music.

This way, not only will you be gainfully employed doing something that you love, you will also get to meet many industry folks along the way who can help you reach your dreams. Working in a Chinese restaurant and cursing ‘That Mother@#$#%$ Bappi Lahiri’ is not going to help you become the next singing sensation!

3. Your confidence about Music will Increase

Being a great singer is all about Confidence. Confidence is what differentiates a great singer from an average one. I cannot stress here enough how much knowing music production can help you become a more confident singer. No longer do you have to become nervous in front of experienced music professionals. You can meet them eye-to-eye because you know the insides of music production or atleast you know the basics of modern music recording technology. You can swagger coolly into any recording studio be it Yashraj or Abbey Road studios knowing fully well what you are capable of doing with your voice because you have spent hundreds of hours honing and sharpening your skills working on the same softwares that the world’s best recording studios use! Knowing what vocal tracking and comping is all about, knowing what music software the mix engineer is using, knowing the tools of the trade, knowing about the different qualities of mikes, knowing how much reverb and delay you need while singing, knowing about compression, eq’ing and limiting can greatly improve your knowledge of what your voice is capable of doing. After delivering a vocal take you will know exactly how it can be further improved by the sound engineer and you can deliver your vocal chops exactly the way you imagine the final product must sound like. Finally, unlike other singers who keep worrying about whether what they delivered was good enough; when you walk out of a studio session at the end of a long tiring day, you will sleep in peace because you know you did the very best that you could do and you know that your voice will sound even better once the final vocal track is comped and the song is mixed and mastered.

4. Your Voice Will Get The Respect It Deserves

Let us say you have programmed and arranged a composition – either your own or someone else’s – and it is time to add your vocals. Here’s the benefit. You can now ‘comp’ your vocal takes. Comping is basically an age-old vocal recording technique made even easier with today’s Music Production tools where you record 5 or 10 versions of the vocal phrases of a song and then cut out the best parts and ‘compile’ the best bits of all the vocal takes into a final vocal track. So what you finally hear is a flawless vocal take that is full of power and expression and the very best that your voice is capable of. During the mixing process of the song, you can keep experimenting for endless hours with processors such as stereo width enhancers, equalisers, compressors, reverb and delay etc. to really bring out the full breadth and expression of your voice. When you finally send out this track to others, you know that if not anything else, your voice has been given the royal treatment that it deserves. 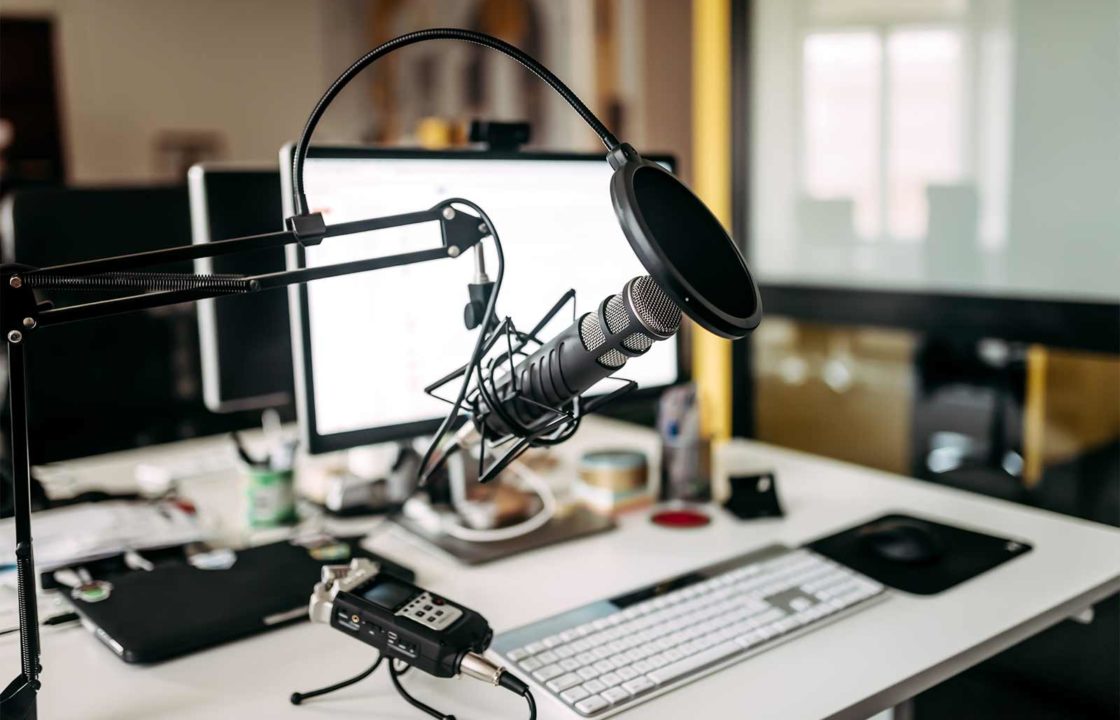